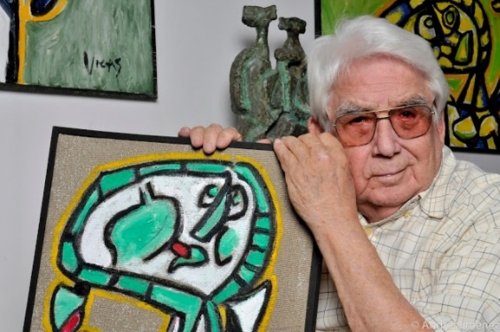 The long trajectory of one of the most prominent Latin American and Venezuelan painters of the 20th century is characterized by a stylistic mestizaje in which the more purely formal concerns of some avant-gardes coincided with the modernist “recovery” of original American identities. While his Latin American contemporaries in the city of Paris in the decades of 1950 and 1960 found in movement and the optical phenomenon the answers to what modernity in art is, Vigas turned towards Surrealism and figuration, towards the hidden promise of practices that questioned the Eurocentric canon of Western art.

Having trained as a medical doctor, he developed his artistic practice in an autodidact manner, approaching the visual cultures of his native Venezuela to root his stylistic mixture upon a “primitivist” aesthetic. Abstraction, in this sense, turned into a form of representing invisible and spiritual worlds, of establishing connections between divergent times and contexts, using folklore as the key of a universal experience shared by humanity at large.

Thus, Vigas positioned himself as a counterpart to the artistic Latin American movements born in Paris by the 1960s, and as an artist whose shared tradition is to be found with other Latin Americans dedicated to the reinterpretation of modernity in art from an acute regional/national angle, such as Roberto Matta, Wifredo Lam or Rufino Tamayo.

Oil and gouache on paper glued on board 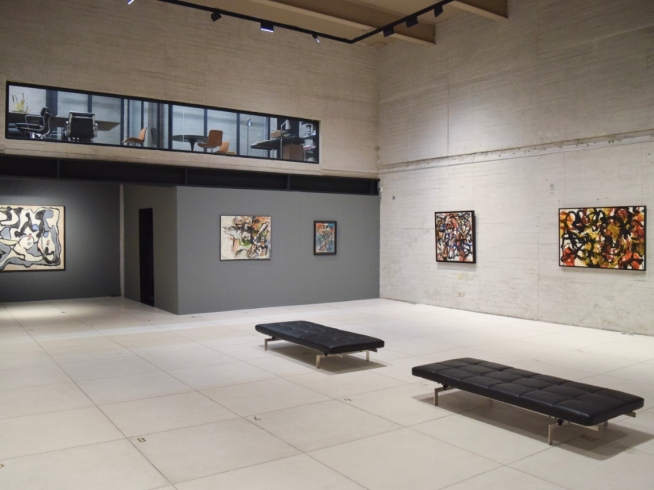