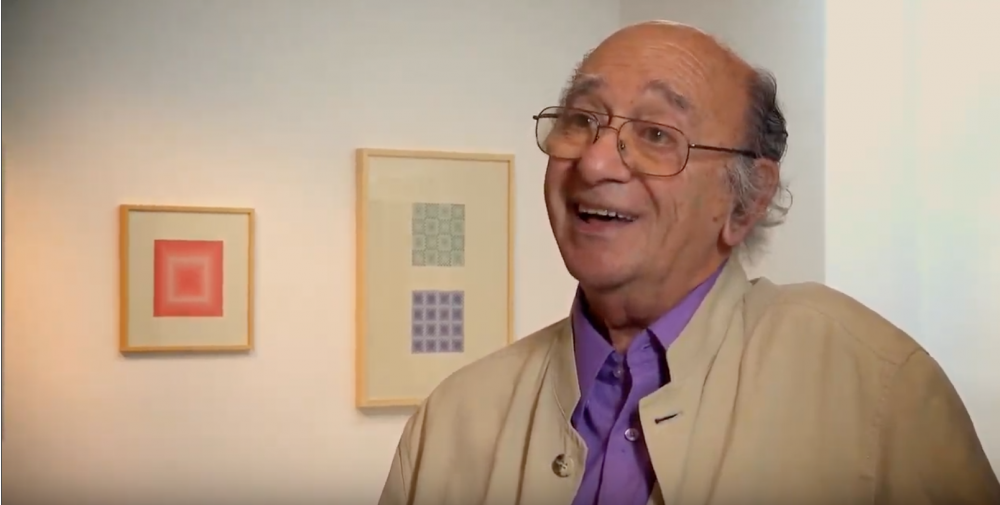 Antonio Asis was one of the protagonists of the kinetic movement in Argentina, having first studied at the National School of Fine Arts in Buenos Aires and then, in Paris, having worked closely with artists of renown like Jesús Rafael Soto and Victor Vasarely. Centered upon light and chromatic relations, he conducted his first artistic experiments with photograms, exploring the possibilities of monochrome in terms of the perception of movement in a static format.

Even if he is better known for his kinetic work through formal concentric interferences in painting and through grills in sculpture, among his most innovative contributions to the movement are the tactile fixtures of objects (normally spheres) upon canvas. Oriented towards interaction, these complements produced types of movement that did not presuppose an equivalence between sight and perception, as was common in kineticism, but that alluded to a wider conception of the latter that came to include the sense of touch.

The systematic research of the reticule and movement led him to become a founding member of the Groupe Position in 1971. It included other Argentinian artists living then in Paris, and offered different approaches to kinetic problems, from the mechanical and electrical intervention of the work to the “pure” development of color vibrations, among which Asis found himself mid-way with his sculptural lattices.

The painter had his workshop in Paris, where he continuously worked till before his passing in 2019.

Acrylic on wood and metal grill