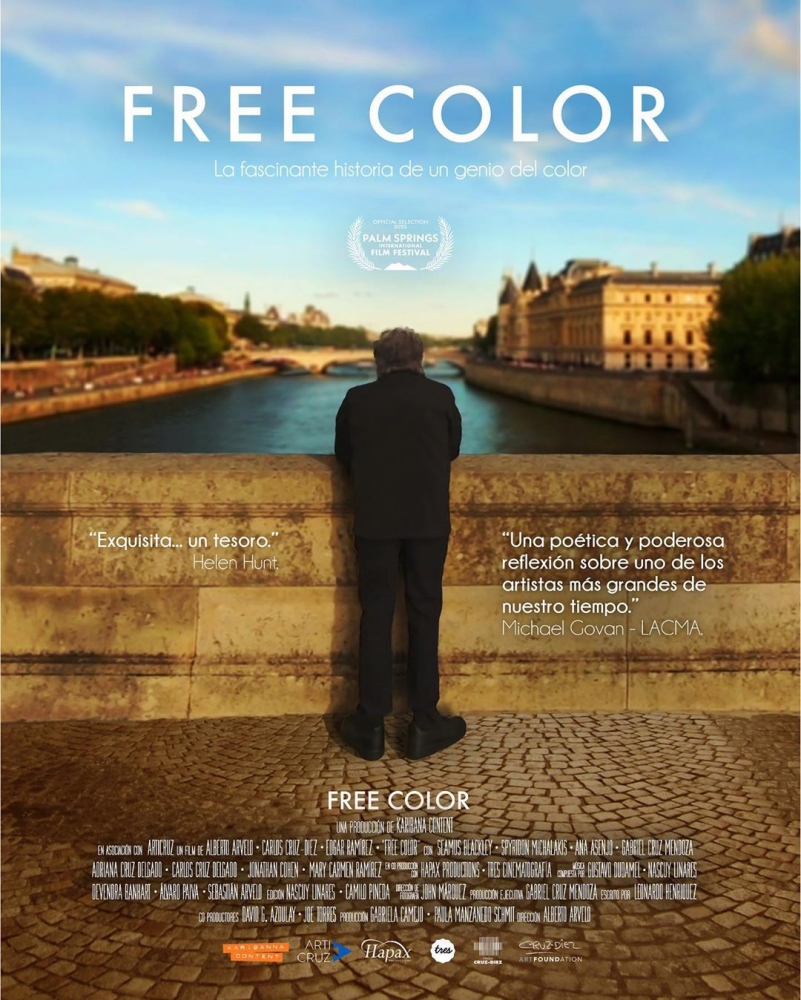 Colors are in everything, we see them all the time, we imagine through them throughout our lives and still, the teacher Carlos Cruz-Diez showed them to us as we had never seen them before.

On January 4, 2020, within the framework of the Palm Springs International Film Festival, "Free Color", a documentary directed by Alberto Arvelo, focused on the life and artistic career of the master of color, was released worldwide.

In an interview for LRM Online, Arvelo commented: “We started the project trying to make this a piece with him. Somehow, it was he who decided where to go and how to film the documentary. Deep down it was about what he wanted to say in the last years of his life, what I now think was a privilege. ”

The Annenberg Theater in Palm Springs, California, will act as a frame for a film that shows the last great adventure of one of the most influential artistic geniuses of the twentieth century: liberating the color of form.