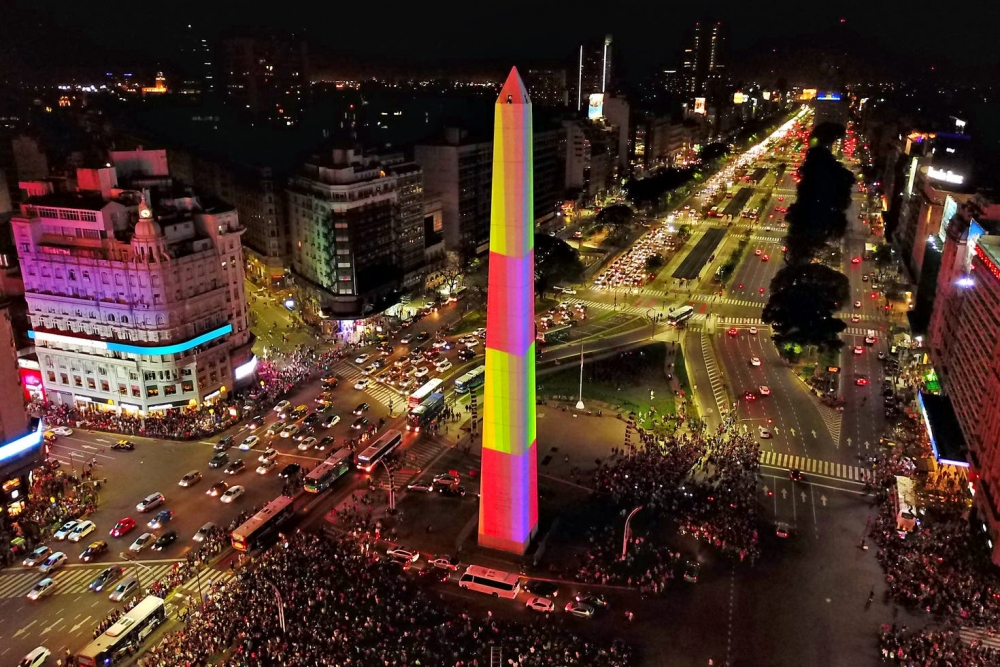 The obelisk of Buenos Aires, the most representative icon of the Argentine capital, was intervened on Saturday, November 2 by the artist Julio Le Parc, in the framework of the 16th edition of the museum night.

The event, which brought together hundreds of people in the Plaza de la República, served as a closing point to the cycle of tributes that, throughout this year (July - November), the city of Buenos Aires has rendered the artist in 4 of the the city's most important cultural centers: Centro Cultural Kirchner, Museo Nacional de Bellas Artes, Centro de Experimentación del Teatro Colón, Obelisco de Buenos Aires.

Similarly, within the framework of this national tribute, two books were published, translated from french, which deal with and deepen into the contribution of Le Parc to its 91 years of life: “Julio Le Parc. ¡Sé artista y cállate! Textos 1959-2017” and “Julio Le Parc” (first monographic volume dedicated to the Argentine artist).

To conclude the events, the French Embassy decorated the artist with the official badge of the National Order of the Legion of Honor.

During the screening, which lasted from 21 to 2 am, the famous concrete monolith served as canvas to 40 of the most representative works of the artist, which represented the first time that these pieces were presented through the mapping technique in giant scale.