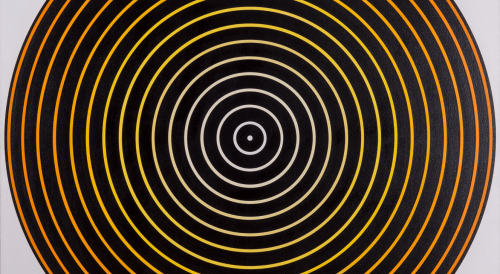 The Oklahoma City Museum of Art will open at the end of February the exhibition Moving Vision: Op and Kinetic Art from the Sixties and Seventies with which, through 40 pieces from the museum's permanent collection and loans from private ones, they will show a general review of kinetic art and op art in order to trace key ideas and elements of these movements during the sixties and seventies.

Kinetic art and op art were currents that developed in parallel but shared similar positions, especially due to the creative rethinking of pictorial supports and their possibility of representing images in three dimensions or the movement.

Moving Vision will be composed of renowned artists in the development of kinetic art and op art, among them Victor Vasarely, as well as creators from other parts of the world, whose alternative perspectives on optical phenomena were crucial to nurture reflection on these movements.