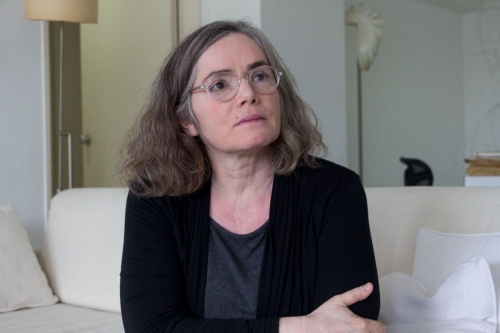 Magdalena Fernández begun her academic formation as a mathematician, she  later became a graphic designer at the Instituto Neuman. She recognizes early the possibilities of geometric abstraction as a language that could represent her experience of reality. Some time later she moved to study in Italy at the workshop of A.G. Fronzoni - her main link in the art scene- and worked in a furniture design company, which showed it’s inclinations towards minimalism and the Bauhaus school.

His work is based on two primary concerns:the first is the way in which we experience space and its geometric qualities; the second is  the form how nature affects or spiritually determines the human being. Like a drop that falls and disrupts it’s vital structure on it’s way to the ground, Fernández comments the work of his historical predecessors of constructivist and kinetic art such as: Gego, Helio Oiticica or Piet Mondrian.

From video, installation, sculpture, drawing and graphic work, the artist moves the body to structures or images that tend to instability, trying to put in evidence the fluid and changing nature of human rationality.