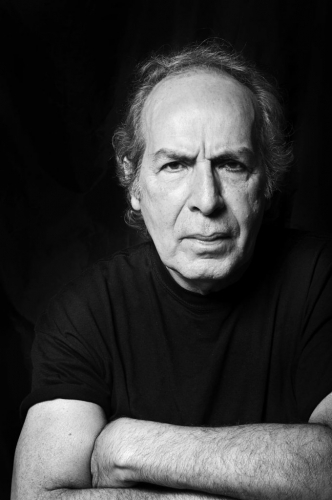 He studied at the School of Plastic Arts Arturo Michelena (1950-58), in Valencia. He was a student of Braulio Salazar, Claudio Mimo. Between 1968 and 1973, he travels to Europe, alternating residence between Rome, Paris, London, and Barcelona.

During his time in Paris, he became friends with Carlos Cruz-Diez, which allowed him to work in his studio for two years. Upon his return to Venezuela in 1973, he began a process of setting up his work in which he included the concepts of time and space as a motive, which made him distance himself from his previous plastic style. Throughout all these years, he has combined his personal artistic activity with prolific collaborations in film projects, in which he participates with directors such as Luis Armando Roche, Néstor Rodríguez Lamelas and Max Douy.

In 1983 he returned to Paris, where he lives to this day.