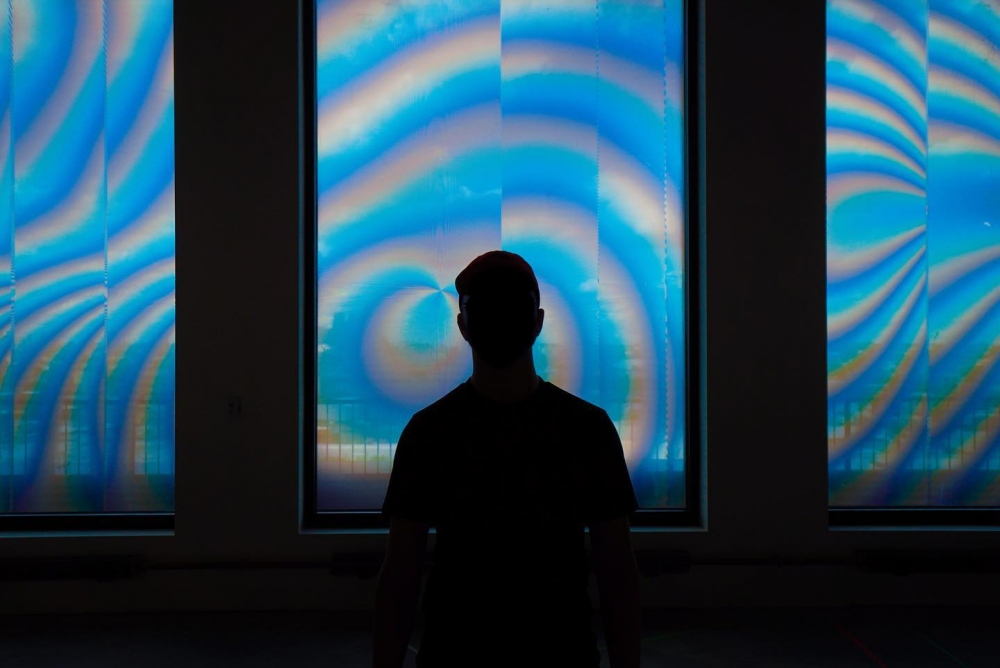 The participation of Felipe Pantone in the enormous New York exhibition BEYOND the STREETS, represented one of the most ambitious study projects that the artist had made up to that date. The sample, which occupied two levels that span an entire apple along the Williamsburg coast, was curated by urban anthropologist Roger Gastman. While Gastman is a specialist in the history of graffiti, BEYOND the STREETS aimed primarily to highlight the current and ongoing study work of each artist.

BEYOND the STREETS marked the largest exhibition ever held in the Big Apple to show the most influential creators and living legends of the street art movement that began along the New York subway cars in the 70s and 80s.

Felipe Pantone adopts the technological process that takes to develop his designs, seeing it as part of a wider continuum of innovations in the creation of images. he uses computer modeling programs to allow him a 3D vision of each project, which in this particular mural he saw forming tubular layers on a flat pictorial background.

Among the works that Pantone presented were: "Optichromie 114", part of the series "Optichromie", a four-piece diptych joined from a magnet system that demonstrates the elements of ultra dynamism common in much of his work. Like the installation of "Planned Iridescence" created on the site by applying vinyl on both sides of the glass, with patterns that react with each other and activation of the movement that was triggered by the horizontal movement of the viewer.