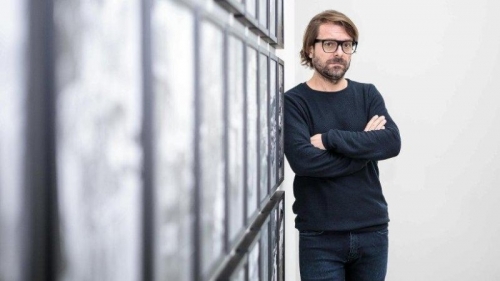 The work of Patrick Hamilton, who studied art at the University of Chile, is characterized by a political interest that promotes the return of the social to abstractionism and conceptual art. With clear references to the 20th century avant-gardes, the artist develops a critique in which the economy of visual language allows him to more strongly present certain incisive ideas without the need for narrative.

The Pinturas abrasivas (2014-), for instance, are made with black or white-colored sandpaper, over which the artist paints geometric patterns with acrylic, almost always rectangular, alluding to bricks. A design which first appears innocuous hides an aggressive materiality, in a way that contrasts the “coldness” and simplicity of rational design with a strongly emotional base. More widely, Hamilton seeks to make connections between these sorts of clashes and the contexts of the countries to which he holds personal links, be that Spain or Chile, referring to their social problems and their historical roots.

Thus, through distinct media, from painting to urban interventions, Hamilton centers his reflections upon the analysis of social and political tensions.

The artist currently lives and works between Madrid, Spain, and Santiago, Chile. 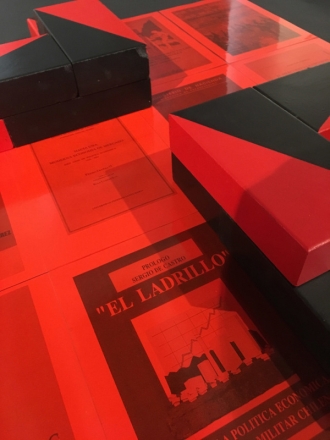