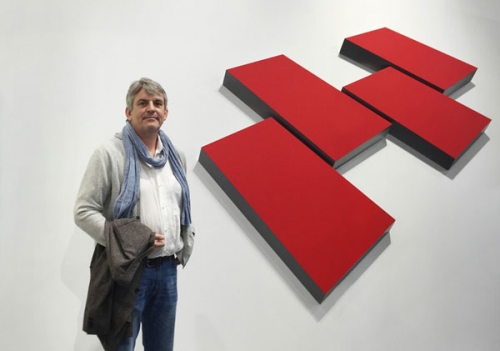 Wolfram Ullrich’s work is characterized by relief paintings that dissolve the borders between sculpture and painting. Nevertheless, the artist identifies himself primarily as a painter, and his work develops the principles of clarity, geometrism, anti-symbolism, and simplicity of production proposed by concrete art throughout the twentieth century. Through formal innovations, he has questioned and reformulated those principles: the ambiguity of his oeuvre does not emerge from a confusion of elements, but from an interplay with traditional standards that rule Western ways of seeing since the Renaissance, Ullrich provokes perceptual conflicts that destabilize the logical certainty about what it is exactly that is being seen.

Through ideas about displacement, optical illusions, or perceptual changes brought about by the proximity between objects, his compositions dedicate to rupture the apparent clarity of geometrism: the paintings appear as unified objects when in reality each part is built separately. Ullrich’s abstractions are not designed to give certainty but they question how we see, how we perceive, and why. 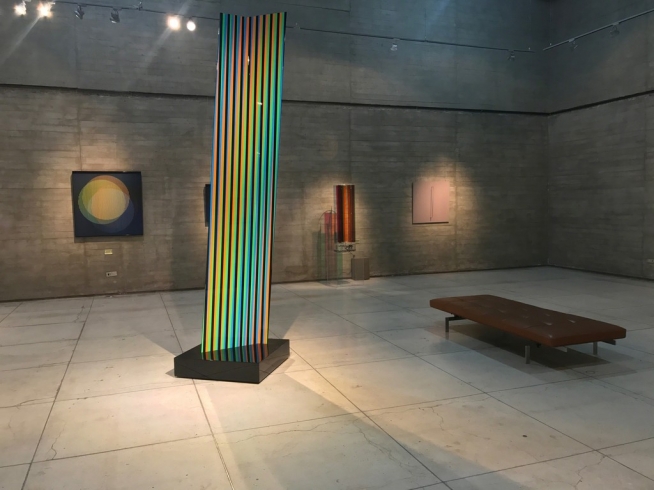 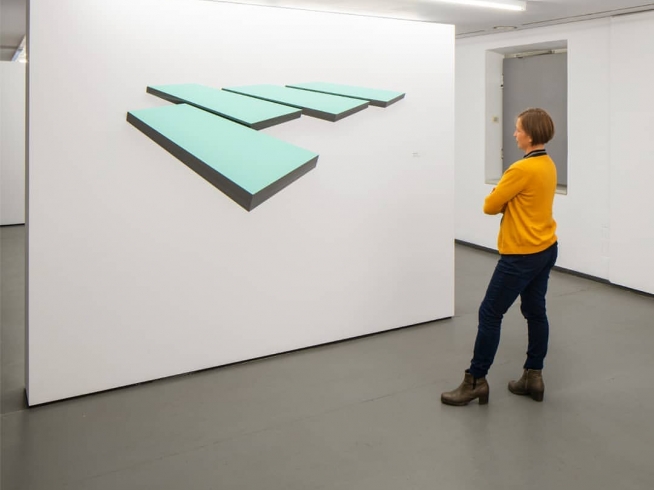