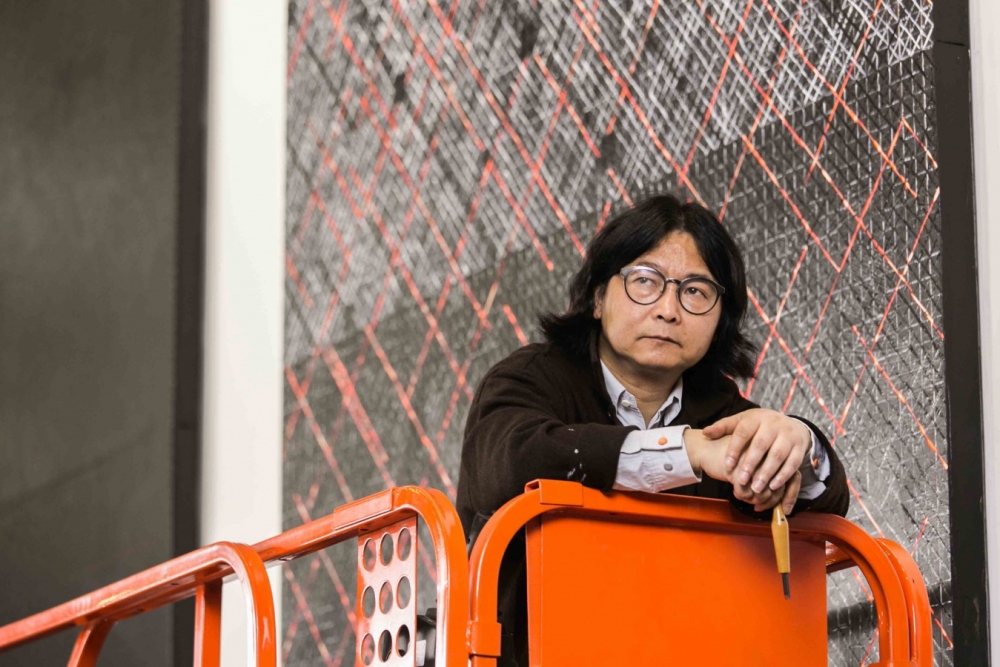 The academic formation of this artist began at the department of Fine Arts and Design at the University of Shanghai, where he started a continuous dialogue with Western modernist art and traditional Chinese aesthetics. His participation as an employee in an industrial printing house led him to reflections and dissertations on the design and reproducibility processes.Both formative aspects define fundamental features of his production.

In the late 1980s - while still a student - he began a series of painting experiments entitled "Appearance of Crosses", in which he used the "x" and "+" forms as a recurring motif; over time this pattern became his signature. Ding Yi's artistic practice encompasses painting, sculpture, space installation and architecture, which, based on the constancy and thoroughness of his work, weaves a rational symbology that produces reflections on industrial work, manual production and the concept of “city” in a post-socialist China.